How Much Protection Is Enough? 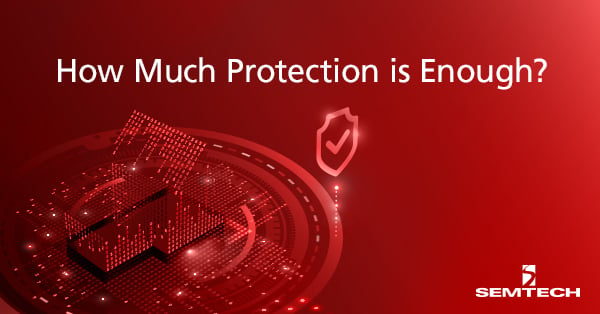 When designing an electronic system, the often overlooked and underestimated subject of protection must be considered. In some cases, the designer may be working to meet a certain standard such as IEC 61000-4-2 for electrostatic discharge (ESD) immunity. Equipment which is installed in harsh operating environments, such as remote meters, robotics and telecommunications systems, will require higher levels of lightning protection. These are somewhat obvious requirements. Other protection concerns include short circuits, voltage spikes, dirty power, cable discharge events, and so on. With all these transient threats, a designer may become overwhelmed and ask: how much protection is enough to ensure a reliable system?

END_OF_DOCUMENT_TOKEN_TO_BE_REPLACED

How to Mitigate the Spread of COVID-19 Within a Facility 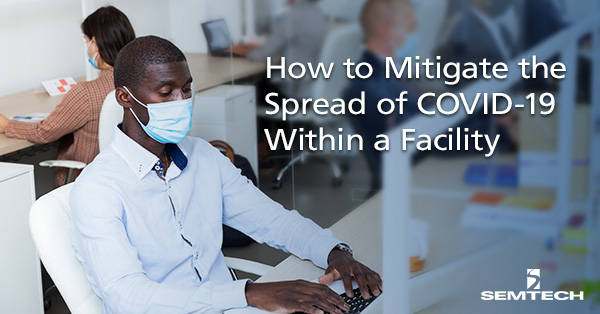 It is anticipated that during the course of 2021, in most countries, there will be either lightening or lifting of the current COVID-19 lock-downs, impacting many businesses in respect to staff returning to workplaces facilities. This will require companies to improve facility hygiene and implement safeguards to protect employees from a virus outbreak. Many enterprises – in particular factories, distribution centers and logistics warehouses where people work very closely to each other – will also have to revisit standard operating procedures.

END_OF_DOCUMENT_TOKEN_TO_BE_REPLACED

Posted by Anindita Bhattacharya on 07 January 2021 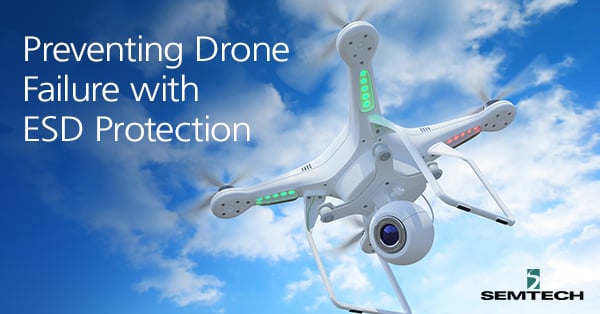 END_OF_DOCUMENT_TOKEN_TO_BE_REPLACED

It’s been almost a year since the official launch of Semtech’s ASIC platform for Pro AV extension, routing and distribution. Two dedicated platforms were launched: AVX for point-to-point AV extension applications over copper category cable and optical fiber, and the BlueRiver® AVP series of devices for AV-over-IP and Software Defined Video Over Ethernet (SDVoE™) network-based applications. And what a year it has been! Despite the COVID-19 pandemic, customer uptake and product developments have certainly exceeded expectations, and 2021 will see the launch of an exciting range of Pro AV products powered by the new AVX and BlueRiver AVP ASICs.

END_OF_DOCUMENT_TOKEN_TO_BE_REPLACED

Posted by Alistair Fulton on 15 December 2020

Building upon Semtech’s previous collaboration with Amazon on its network, Amazon Sidewalk, Semtech has today announced a collaboration with Amazon Web Services (AWS) to enable LoRaWAN® network connectivity on AWS IoT Core, its managed Cloud service that lets connected devices easily and securely interact with Cloud applications and other devices.

The LoRaWAN open specification is a widely adopted low power, wide area networking (LPWAN) protocol based on Semtech’s LoRa® chipsets, leveraging the unlicensed radio spectrum in the Industrial, Scientific and Medical (ISM) band. The LoRa Alliance®, a non-profit association, drives the standardization and global harmonization of the LoRaWAN protocol.

At Semtech we are focused on enabling developers to rapidly innovate by delivering products and tools that make it easy for Cloud-first, mobile and embedded developers to develop Internet of Things (IoT) solutions. AWS IoT Core for LoRaWAN delivers a deep integration of devices featuring the LoRaWAN protocol with AWS IoT Core to provide developers with a “plug & play” way to combine the strengths of the LoRaWAN protocol with the deep capabilities of AWS IoT services.

END_OF_DOCUMENT_TOKEN_TO_BE_REPLACED 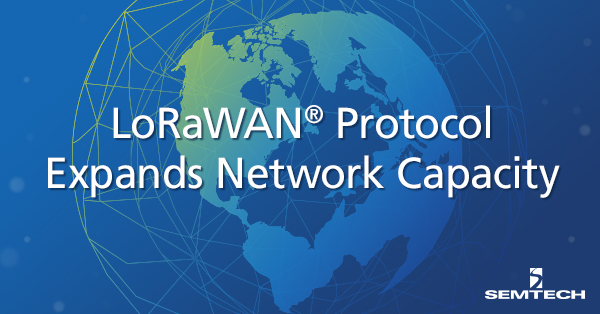 END_OF_DOCUMENT_TOKEN_TO_BE_REPLACED

Posted by Stephane Tremblay on 18 November 2020

For those of you that have been in Pro AV for decades, confusion is not something new. Remember the analog sunset? Remember HDCP? Remember going over-IP? Fortunately, confusion is a phenomenon that disappears over time.

END_OF_DOCUMENT_TOKEN_TO_BE_REPLACED

Posted by Byron BeMiller on 16 November 2020

Smart home automation makes it possible to proactively heat your home from the road, automatically close your garage each evening and conserve energy, among many other modern conveniences.

END_OF_DOCUMENT_TOKEN_TO_BE_REPLACED

Growing the Ecosystem: a Spotlight on LoRaWAN® Ambassadors

Posted by Olivier Beaujard on 09 November 2020

With leading long range and low power, LoRaWAN networks are being utilized today in hundreds of innovative applications for smart cities, homes and buildings, agriculture, metering, supply chain and logistics, and more. The LoRa Alliance® is committed to enabling the large-scale deployment of Internet of Things (IoT) applications operating on the LoRaWAN® protocol. Members benefit from a vibrant ecosystem of active contributors offering solutions, products and services to create new and sustainable business opportunities worldwide.

END_OF_DOCUMENT_TOKEN_TO_BE_REPLACED

The European Committee for Standardization (CEN) has officially created a new working group under its Technical Committee TC294 to specify a new adaptation layer for M-Bus protocol used mainly in smart water meters, smart gas meters and smart heat meters. This new working group, called CEN TC294 WG7, is led by expert from Birdz, a subsidiary of Nova Veolia, a successful leader in the European smart metering ecosystem, and member of the LoRa Alliance®. In 2019, Semtech hosted a webinar with Birdz to highlight its proven use cases for transforming municipal water distribution networks leveraging the LoRaWAN® protocol for greater efficiency and cost savings.

END_OF_DOCUMENT_TOKEN_TO_BE_REPLACED

Previous All posts Next