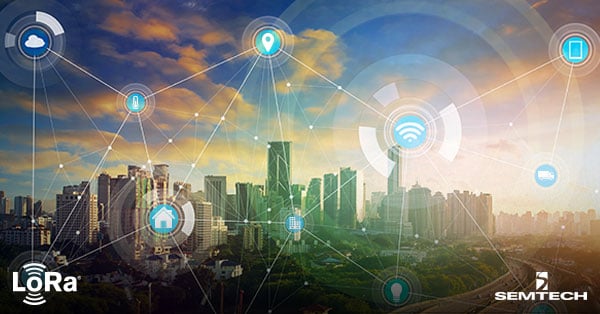 Smart cities are key to improving quality of life of citizens and driving down carbon emissions. And monitoring power, air and water quality and transport requires reliable low-cost sensors in a rugged, cost-effective network.

END_OF_DOCUMENT_TOKEN_TO_BE_REPLACED

Posted by Alistair Fulton on 15 December 2020

Building upon Semtech’s previous collaboration with Amazon on its network, Amazon Sidewalk, Semtech has today announced a collaboration with Amazon Web Services (AWS) to enable LoRaWAN® network connectivity on AWS IoT Core, its managed Cloud service that lets connected devices easily and securely interact with Cloud applications and other devices.

The LoRaWAN open specification is a widely adopted low power, wide area networking (LPWAN) protocol based on Semtech’s LoRa® chipsets, leveraging the unlicensed radio spectrum in the Industrial, Scientific and Medical (ISM) band. The LoRa Alliance®, a non-profit association, drives the standardization and global harmonization of the LoRaWAN protocol.

At Semtech we are focused on enabling developers to rapidly innovate by delivering products and tools that make it easy for Cloud-first, mobile and embedded developers to develop Internet of Things (IoT) solutions. AWS IoT Core for LoRaWAN delivers a deep integration of devices featuring the LoRaWAN protocol with AWS IoT Core to provide developers with a “plug & play” way to combine the strengths of the LoRaWAN protocol with the deep capabilities of AWS IoT services.

END_OF_DOCUMENT_TOKEN_TO_BE_REPLACED 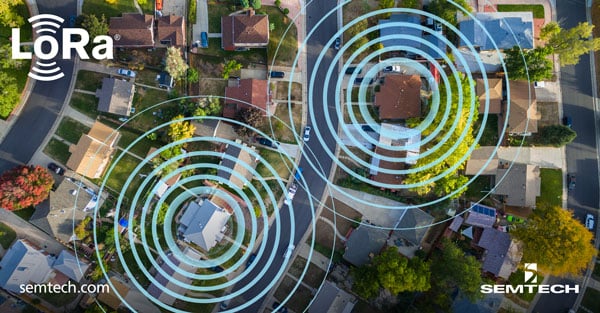 Posted by Alistair Fulton on 21 September 2020

Semtech has taken great strides to help solution developers realize the potential for LoRa® devices in the smart home space. With the launch of its LoRa Smart Home™ transceiver earlier this year, Semtech is making it easier for developers to leverage the benefits of long range, low power and low cost end devices based on LoRa for the consumer market.

END_OF_DOCUMENT_TOKEN_TO_BE_REPLACED 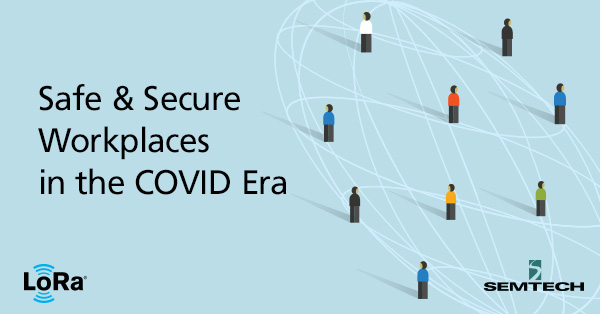 The Building Block for Safe & Secure Workplaces in the COVID Era

Leveraging smarter technology allows us to address the world’s toughest problems. Semtech’s founding principal of delivering advanced solutions that have a social and environmental impact is being fully realized in our challenge to combat the global COVID-19 pandemic today.

END_OF_DOCUMENT_TOKEN_TO_BE_REPLACED

Posted by Alistair Fulton on 23 October 2018

As I’ve discussed in a previous blog post, the ability to locate assets, understand the context they are in and what is happening to them in a given moment, is in many ways the “killer app” in the internet of things (IoT). This is particularly true of many of the assets that leverage low power wide area network (LPWAN) technologies to enable end-to-end IoT solutions today for which the long range and low power of Semtech’s LoRa® devices and wireless radio frequency technology (LoRa Technology) is a key enabler of customer value.

END_OF_DOCUMENT_TOKEN_TO_BE_REPLACED

Posted by Alistair Fulton on 20 September 2018

In the first half of this two part blog series, Alistair Fulton, VP of IoT and Wireless Product Marketing for Semtech’s Wireless and Sensing Products Group, shared his perspective on what to expect from Semtech and its its LoRa® devices and wireless radio frequency technology (LoRa Technology) in the future, and the evolution and future of the LoRaWAN® open source protocol. In this final installment, Fulton discusses the ideal LoRa Technology use case, and how Semtech is working to enable IoT solution availability for businesses. Read part one here.

END_OF_DOCUMENT_TOKEN_TO_BE_REPLACED

LoRa is Enabling IoT Solutions for Businesses Today: A Q&A with Alistair Fulton, Part One

Posted by Alistair Fulton on 18 September 2018

Mobile World Congress Americas 2018 (#MWCA18) recently concluded, showcasing the latest and greatest in wireless technology innovations and market-ready solutions for connectivity and the rapidly growing Internet of Things (IoT). As the excitement from #MWCA18 settled, we sat down with Alistair Fulton, VP, IoT and Wireless Product Marketing for Semtech’s Wireless and Sensing Products Group, to get his perspective on what to expect from Semtech and its LoRa® devices and wireless radio frequency technology (LoRa Technology) in the future, plus gain insights on the evolution and future of the LoRaWAN® protocol, discuss ideal LoRa Technology use cases, and how Semtech is working to enable IoT solution availability for businesses. This blog is the first half of a two-part series. Jump to part two now.