A Brief History of LoRa®: Three Inventors Share Their Personal Story at The Things Conference 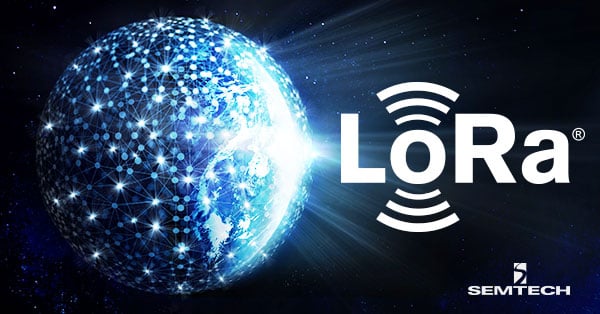 It has been 10 years since the invention of LoRa®, the long range, low power Internet of Things (IoT) platform currently implemented in over 100 million devices worldwide, and accelerating the global adoption of IoT. These three inventors will share their personal story and shed light on the future of LoRa devices and the LoRaWAN® protocol at The Things Conference in Amsterdam, from January 30 to 31.

The story of LoRa began in 2009, when two friends in France aimed at developing a long range, low power modulation technology. Despite encountering resistance, as with most disruptive technologies, Nicolas Sornin and Olivier Seller continued dedicating their time to turn the idea into a reality. In 2010, Nicolas and Olivier met their third partner, François Sforza, and together they started the company Cycleo. Initially, the three founders were targeting the metering industry and aimed at adding wireless communication capabilities for gas, water and electricity meters. For this purpose, they used Chirp Spread Spectrum (CSS) modulation technology, a technology widely in use for sonar in the maritime industry and radar in aviation. Also, in the animal kingdom we see this physical phenomena used by dolphins and bats to detect fish or insects. In fact, Cycleo did not invent CSS technology, rather, they initiated the use of the technology for sending data.

Convinced about the long range and low power capabilities of the invention, Semtech acquired Cycleo in May 2012. Semtech collaborated with Nicolas, Olivier and François to further improve the technology and finalize the chips required for the end devices (SX1272 and SX1276), as well as for the gateways (SX1301). At the same time, the creation of the proprietary MAC protocol called “LoRaMAC”, among other things, specified the message formats and security layers for a true networking protocol. In February 2015, the LoRa Alliance® was founded and the networking protocol was renamed “LoRaWAN.” The LoRa Alliance’s goals were, and still are, to “support and promote the global adoption of the LoRaWAN standard by ensuring interoperability of all LoRaWAN products and technologies.”

“Semtech is dedicated in simplifying and accelerating the IoT solution development process by providing new products and services, which make LoRa and the LoRaWAN protocol the ideal choices to build and manage IoT solutions. The Things Conference will be a great opportunity for IoT professionals to learn more about innovative and emerging applications and how LoRa will benefit the IoT ecosystem globally,” said Alistair Fulton, VP and GM of Semtech's Wireless and Sensing Products Group. Semtech, a gold partner of The Things Conference, aims to share its experience gained in the past 10 years. Nicolas Sornin, Olivier Seller and François Sforza will share their story about the creation of the technology, the evolution of the LoRaWAN protocol and the technical challenges that are yet to be solved.

Wienke Giezeman, CEO of The Things Industries and Initiator of The Things Network, said: “We are very excited to bring 2,000 IoT professionals together who are all facing the challenges of a novel, emerging technology. At The Things Conference, we facilitate conversations and share knowledge to simplify the global implementation of the LoRaWAN standard.”

Semtech, the Semtech logo and LoRa are registered trademarks or service marks of Semtech Corporation.