The Democratization of the IoT 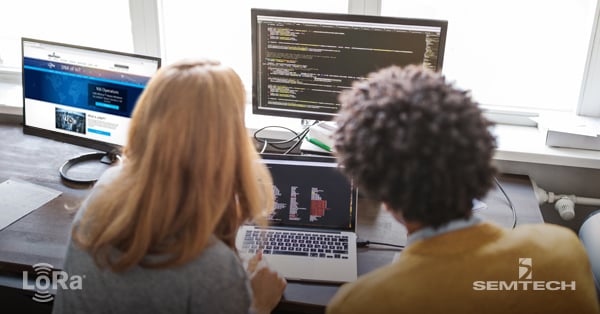 Earlier this month in Amsterdam, The Things Network hosted The Things Conference, a gathering of thousands of developers from all around the globe who develop Internet of Things (IoT) solutions with Semtech’s LoRa® devices and wireless radio frequency technology (LoRa Technology). I have participated in many developer conferences over the years, and I must say the energy at last week’s event reminded me of the days of mobile and embedded device conferences, where you could tell it was really a show for developers by developers. The sheer range of LoRa-based solutions available on the market today on display at the conference demonstrated a sharp contrast to last year’s event which focused more on the promise of LoRa Technology for the IoT. While there were many compelling market trajectory stories and business presentations that demonstrated the LoRaWAN® protocol is truly here to stay, if there was one single theme from the show it was this: LoRa Technology is a developer’s platform and its time is here… now.

Generic Node from The Things Industries

There were several announcements made at the conference that will help open up the IoT to developers worldwide. The news that stood out to me the most, announced by The Things Industries, was the release of a kit called the Generic Node– a device which sole purpose is to make developer’s lives easier.

The driving force behind the Generic Node is an industry-wide push to simplify IoT development. It packs several different sensors and a LoRaWAN-based radio out of the box so developers don’t have to worry about the nuances of the hardware design, radio and antenna layout or low-power architectures. A developer can simply focus on the IoT application and connect it via the LoRaWAN protocol. It’s geared towards the common developer, not RF experts.

There are several big players in the LoRaWAN-based ecosystem helping The Things Industries bring the Generic Node to market, including Arm, Arrow Electronics, Microchip, and TWTG. With these types of partners in the mix, there is a palpable feel in the air that this kit could be as impactful for LoRa-based developers as the Arduino board. The Generic Node enables development on a massive scale and creates accessibility with an affordably low price point.

Another major theme in presentations at The Things Conference was security. It’s something which needs to be thought of at the outset of development, and not as an afterthought. With a presentation track dedicated to security and presentations from Microchip, Idemia, Trusted Objects & Secure-IC, and more, speakers reiterated the importance of security as a foundation for LoRa-based solutions. As the IoT continues to grow and the adoption of LoRa Technology along with it, this security-first principle will enable solutions providers to gain the trust of businesses and consumers benefitting from LoRa-based IoT solutions. Learn more about LoRaWAN protocol security on the LoRa Alliance® website.

Major Cloud providers Amazon AWS and Microsoft each sponsored and presented at The Things Conference. The presence of these major Cloud companies, in addition to LoRa Alliance membership of Google Cloud, Alibaba Cloud and Tencent, indicates the global recognition of LoRa Technology as a de facto choice for LPWAN technology, and the Cloud’s integral role in many deployments of LoRa-based solutions. To meet the needs of their customers, developers will need to be familiar with the various Cloud platforms available, and be flexible to adapt to the Cloud services provider preferred by the customer.

All that being said, the Cloud won’t always be utilized for every use case. For example, manufacturing facilities that consider internal processes to be a competitive advantage may not want any data to go to the Cloud. In cases like these, LoRaWAN-based networks provide an excellent solution, as secure, private networks can be configured as needed. On-premise software may be a more desirable solution in this use case and many others.

It’s an exciting time for developers to be part of the rapidly growing LoRa Technology ecosystem. In addition to other announcements at the show, such as the open source software designed by Semtech that runs the miniature gateway (which The Things Conference attendees received with their conference ticket), developers have extremely compelling solutions with which to easily create applications, test interoperability and provide flexibility for different deployment and business models, enabling developers to bring IoT solutions to market fast. It’s this type of simplification of the development process that is going to revolutionize the IoT for developers of all stripes, bring the IoT to the masses and democratize the IoT for all.

Semtech, the Semtech logo, LoRa, and LoRaWAN are registered trademarks of Semtech Corporation.