Why Every IoT Device Needs Geolocation

Geolocation is one of the most compelling and fast growing Internet of Things (IoT) applications. The anticipated market size for “Geo IoT” is expected to reach $74 billion by the end of 2025 from its current value of $40 billion, according to Market Insight Reports.

END_OF_DOCUMENT_TOKEN_TO_BE_REPLACED

One of the greatest hurdles to plague any wireless industry is network coverage. That same hurdle is true for the Internet of Things (IoT). Over the last several years, Semtech has worked to create a vibrant ecosystem to drive demand for IoT applications based on its LoRa® devices and the open LoRaWAN® protocol. With a permission-less, omnipresent network in the unlicensed spectrum, some of the barriers to creating and adopting a new class of low power, wide area applications have been removed.

END_OF_DOCUMENT_TOKEN_TO_BE_REPLACED

LoRa® Everywhere: Changing the World and Enabling a Better Life 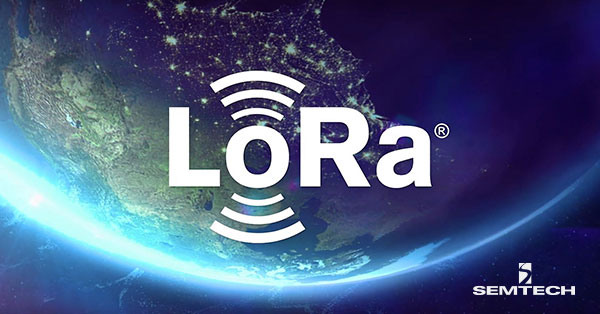 The increasing deployment of Semtech’s LoRa® devices and the open LoRaWAN® protocol is a global phenomenon. Leading industry analyst IHS Markit predicts up to 43 percent of all low power wide area network (LPWAN)-based Internet of Things (IoT) applications are expected to be based on LoRa devices and/or LoRaWAN networks by 2023*. Today, estimates place the number of LoRa-based gateways deployed at over half a million, providing connectivity to support up to two billion potential end devices**. Additionally, it is estimated the total number of LoRa-based end nodes deployed reached 135 million at the beginning of 2020**, enabling a nearly endless number of innovative use cases.

END_OF_DOCUMENT_TOKEN_TO_BE_REPLACED

IHS Markit predicts up to 43 percent of all low power wide area networks (LPWANs) will be based on Semtech’s LoRa® devices and the LoRaWAN® protocol by 2023*. As of December 2019, more than half a million LoRa-enabled gateways have been deployed globally, supporting 135 million LoRa-based end nodes**. With the global adoption of Internet of Things (IoT) solutions and the growing market share of LoRa-enabled applications, it is becoming more and more difficult to identify a business segment that could not benefit from some level of connected devices. With new LoRa use cases being announced regularly, and growing numbers of worldwide LoRaWAN network deployments (public or private), it seems the only limit to these applications is the imagination of the developers and system integrators solving real world business challenges today.

END_OF_DOCUMENT_TOKEN_TO_BE_REPLACED 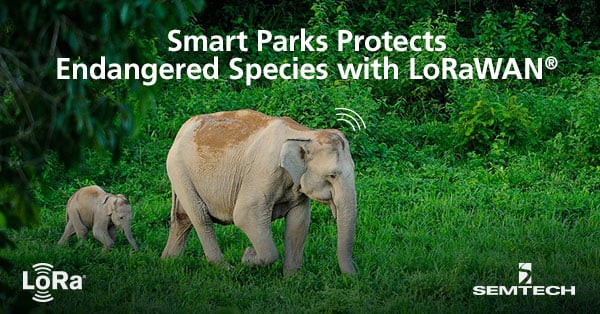 Without a way to intelligently track endangered species, it is difficult for rangers to fend off poachers in many of Africa and Asia’s national parks. With Internet of Things (IoT) solutions, creating a sustainable and safe environment for animals and humans through technology is simple and efficient. Whether helping to monitor the whereabouts of animals living in the park or providing protection for humans that live in close proximity, wireless IoT solutions, such as those based on low-power wide-area networks (LPWAN), offer major potential for wildlife conservation efforts.

END_OF_DOCUMENT_TOKEN_TO_BE_REPLACED

Extending the Life of Your IoT Device with LoRa®

The Internet of Things (IoT) is rapidly gaining momentum. Predictions indicate total spending on IoT technologies will reach $2.5 trillion in 2022, with the total number of devices deployed estimated to be in the billions. In a world with a billion connected devices, the reality is that many will need to be deployed in hard-to-reach places making the ability to service them very challenging and expensive. To accomplish this, developers and system integrators have to take every possible measure to provide technology that will help devices operate as efficiently as possible and prolong device life with future-proof designs.

END_OF_DOCUMENT_TOKEN_TO_BE_REPLACED

If you didn’t make it to the LoRa Alliance™ 10th All Members Meeting & Open House in Vancouver, Canada this week, not to worry. We are recapping some of the action here!