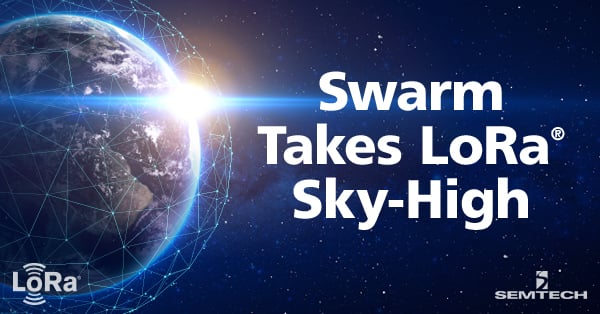 There are plenty of reasons to deploy an Internet of Things (IoT) network in a rural area. But connecting dozens or hundreds of sensors to a network can also be a nightmare. Wind turbines or oil wells benefit from sensors measuring their respective environments and performance, but their operators should count themselves lucky if such energy harvesting facilities happen to be in range of robust cellular networks so they can stay connected to the Internet. The same is true of cargo containers crossing an ocean on a ship; they could be easily tracked with individual identifying devices, but at sea, they need satellites to transmit and receive signals at all.

Traditionally, there hasn’t been a good option for connecting low-power, low-data devices to the Internet en masse when they’re in an area without good coverage. Satellite services tend to be expensive: Most cost on the order of US $1 to send the amount of data roughly equivalent to that in a text message. Hundreds of IoT devices sending equivalent amounts of data as status updates, multiple times per day or even multiple times per hour, would break the bank.

Swarm, a satellite start-up that uses CubeSats about the size of a grilled cheese sandwich to provide IoT coverage, has instead developed a satellite network specifically for IoT networks that would otherwise struggle to connect to the Internet. To do so, the company has adapted the popular IoT wireless technology LoRa®, turning it into a high-flying—and even longer-ranging—solution.

Swarm’s tiny satellites previously placed the company in hot water with the U.S. Federal Communications Commission (FCC) when Swarm launched four initial satellites without the agency’s permission. The FCC had denied Swarm the right to launch the satellites because of the agency’s concerns that the satellites were too small to be effectively tracked—but still large enough to cause serious damage if they collided with another object in orbit. As IEEE Spectrum reported at the time, the FCC gave the company the dubious distinction of being behind the first illegal satellite launch in history. After a US $900,000 fine for the illegal launch, Swarm has begun to realize its LoRa-based satellite network.

This is an excerpt of an article originally published in IEEE Spectrum by Michael Koziol.

Read the full article at the link below.